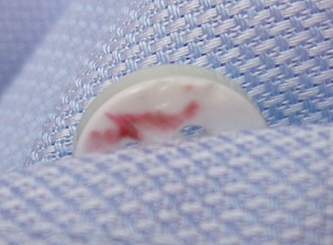 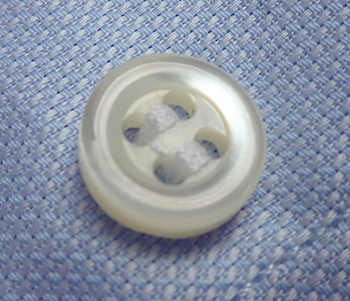 Besides, troca buttons are usually thin (1,5-3 mm.). Beware of shirts and other garments with 1,5 mm. troca buttons, because they’re fragile and can breake during washing or laundering.

How to tell if a button is made of MOP or troca, not plastic? Touch it with your lips or face: MOP and troca buttons feel cold, while plastic ones don’t.

Here are some brands that use troca buttons: Bagutta, Cotton Experts, Glanshirt, Harvie & Hudson, Pakeman, Thomas Pink (only for their 200s range; all other shirts are equipped with plastic buttons), T.M.Lewin (very rarely; they usually use plastic buttons).